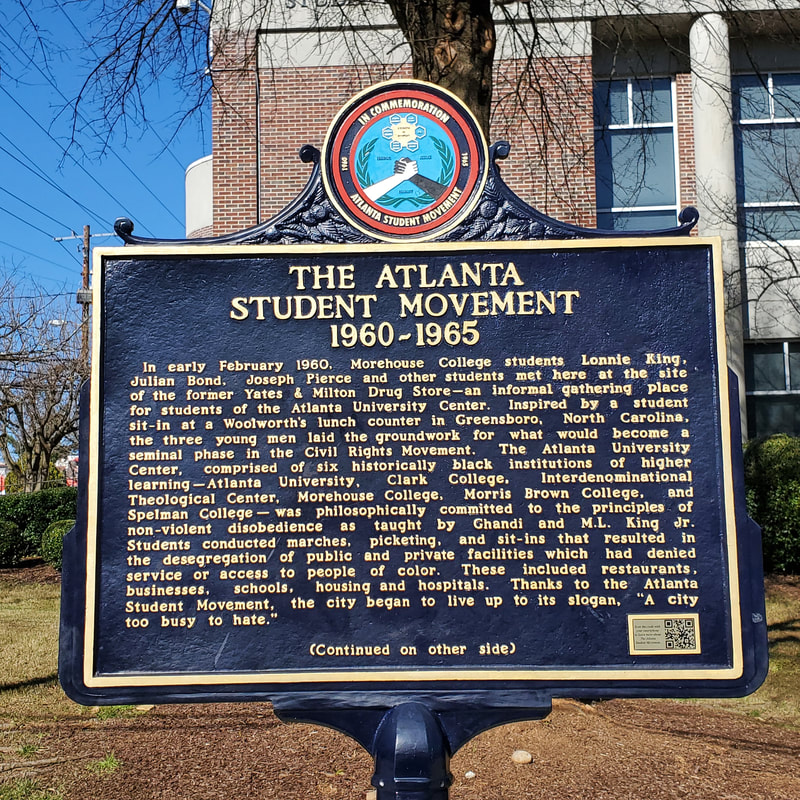 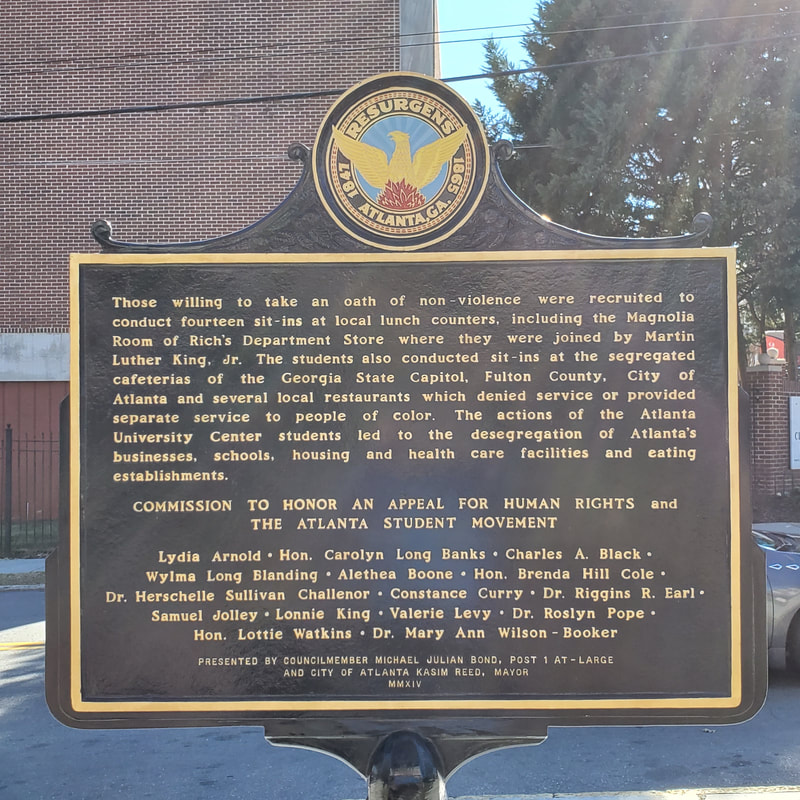 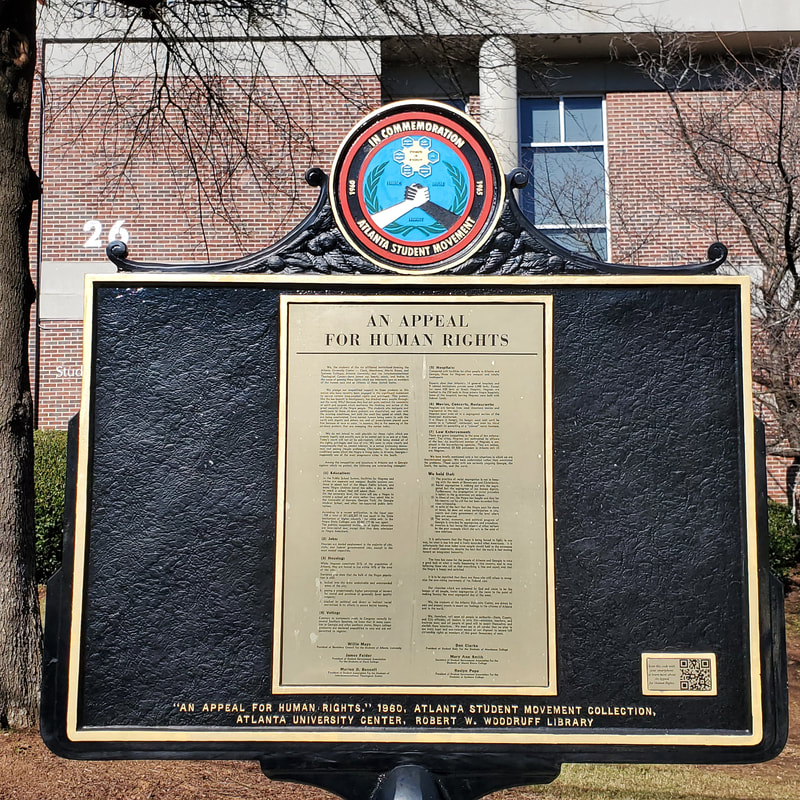 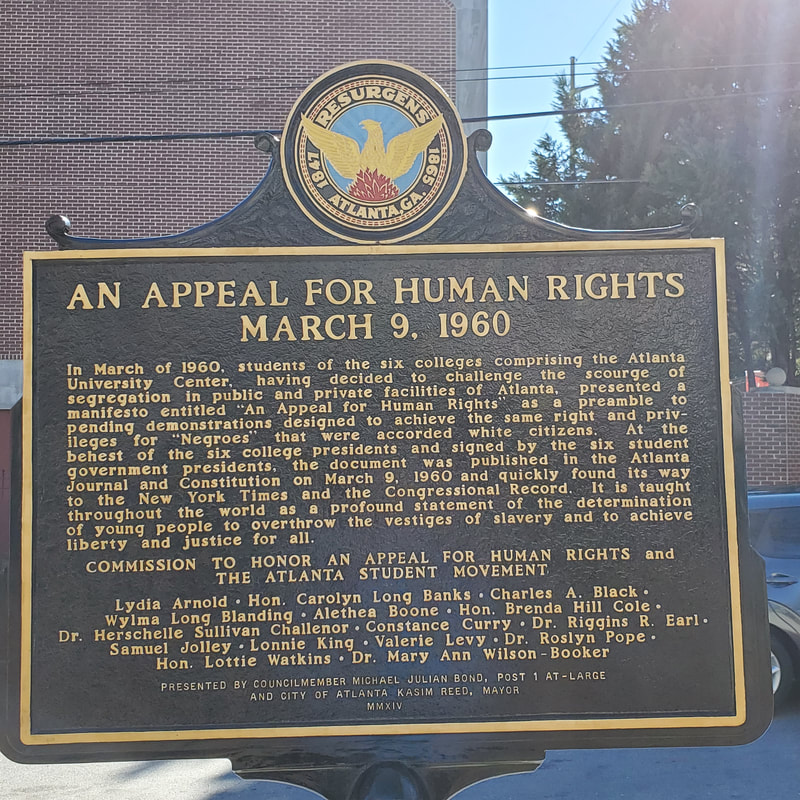 ​In November 2010, ​protesters from the Civil Rights era were recognized when the city of Atlanta changed the name of a portion of Fair Street to Atlanta Student Movement Boulevard in their honor.

​Student-organized demonstrations in Atlanta began in March 1960 with 80 well-dressed students and eight well-planned, simultaneous protests. Julian Bond's group staged a sit-in at City Hall's municipal cafeteria, in front of which hung a sign, "PUBLIC IS WELCOME." Lonnie King and 35 protestors trooped to Rich's Department Store. There they were joined by the Reverend Martin Luther King, Jr., who shortly was to experience his first night in an Atlanta jail.

​Later in the Atlanta movement, student protesters launched a publicity campaign to involve black adults on the periphery--black customers with buying power at Rich's. "Close out your charge account with segregation," urged the students. "Open up your account with freedom." Virtually all the black adults in Atlanta heeded the student slogan, and Rich's felt the pinch.

In March 1961, black elders worked out a compromise with city merchants. In exchange for an immediate halt to protests, store managers agreed to integrate their lunch counters, though not until court-ordered school desegregation took effect in September. Within the Atlanta University Center, Stone Hall (now known as Fairchild-Stone Hall), was the focal point of university activities. It is now a National Historic Landmark.

​In March of 1960, students of the six colleges comprising the Atlanta University Center, having decided to challenge the scourge of segregation in public and private facilities of Atlanta, presented a manifesto entitled "An Appeal for Human Rights" as a preamble to pending demonstrations designed to achieve the same rights and privileges for "Negroes" that were accorded white citizens. At the behest of the six college presidents and signed by the six student government presidents, the document was published in the Atlanta Journal and Constitution on March 9, 1960 and quickly found its way to the New York Times and the Congressional Record. It is taught throughout the world as a profound statement of the determination of young people to overthrow the vestiges of slavery and to achieve liberty and justice for all. 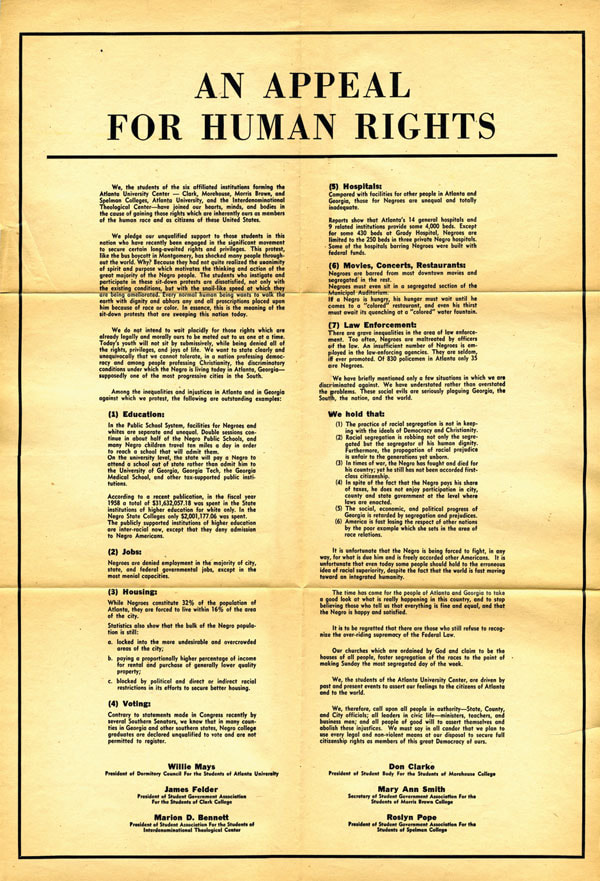 An Appeal for Human Rights was drafted by Roslyn Pope and other students of the Atlanta University Center after the students, led by Lonnie King and Julian Bond, were encouraged by the six presidents of the Atlanta University Center to draft a document released on March 15, 1960.
Dr. Roslyn Pope, who wrote "An Appeal for Human Rights," shares her story... 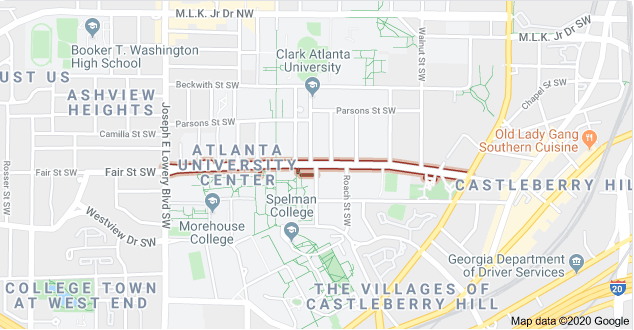 Atlanta Student Boulevard (formerly Chestnut and Fair Streets) runs east and west through the heart of the Atlanta University Center. 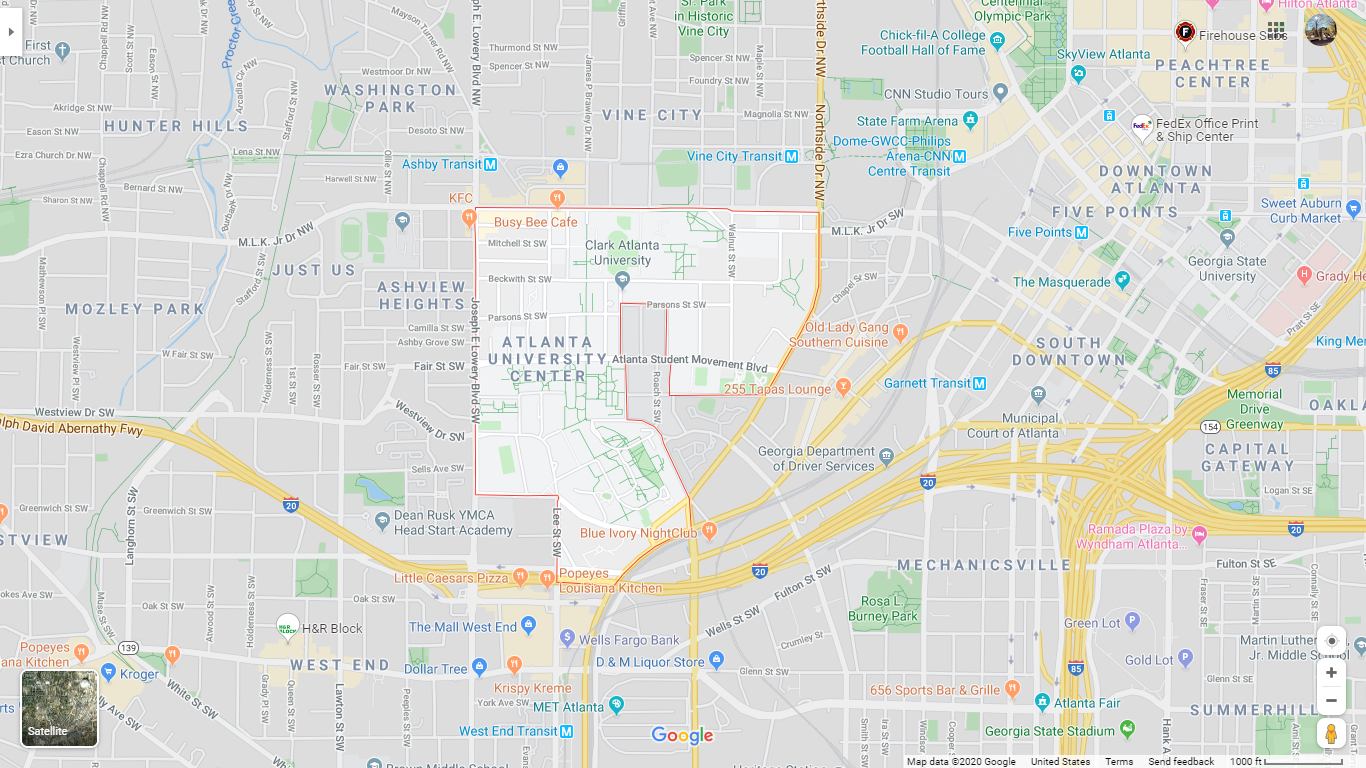 Atlanta University Center is located in SW Atlanta, just west of Northside Drive and just north of I-20.